With our friend Sheila visiting from England a few years back, Mary and I decided one summer evening to take her to dinner. We were living then just a block from the North Ferry dock in Greenport, and so walked onboard and stood outside for the crossing. As the ferry eased away, lights in town were just winking on behind us. The sun was almost set, lighting up the sky and catching the peaks of the soft harbor swells. Approaching the Island, the last of the light was lingering in the tops of trees on the bluffs.

We walked up a hill following a path bordered by flowering hedges so lush with summer they almost met overhead, and ate outside at a restaurant in the Heights. After dinner, coming down the hill to the ferry, the moon was rising over the harbor spread out before us, and Sheila, just a little breathlessly, said, “Can you imagine living here?”

We’d been here before. Mary had spent time vacationing on the Island long before we moved out east, and I’d worked at the Reporter for about a month exactly 10 years ago. Times Review was starting a new paper then, the North Shore Sun, and I was part of the team that gave birth to our now dear, departed baby. About a month before the Sun’s inaugural issue, I came over to fill in at the Reporter, which was suddenly short staffed. Here I met Peter Boody and Archer Brown and Joanne Sherman, people who are the living proof of welcoming hospitality.

I got hooked on the romance of ferry crossings – which has not faded and I hope never will — those short intermissions in our days, being carried from one shore to another. Those who don’t live or work here often just get a vague sense of something deeper in the  mundane chore of leaving and returning, but the ferries are bright markers of those simple events. I don’t know about you, but sometimes on those crossings it’s impossible not to be reflective of things more important than simply travelling from one map point to another.

The poet Anthony Cronin captures the idea in “Living On An Island.” “What happens here often seems unreal./But what happens over there does not really matter.”

Working here 10 years ago for that short period I got a sense of the community’s unity by covering a fire that destroyed a family’s home and practically all their possessions. It struck me that for most of the Islanders it wasn’t just a story in a newspaper, but a tragedy, and many were pitching in to help.

When the opportunity came to be editor of the Reporter, there was no question I’d take it. But there was also no question that we’d move here. It was because, as our friend Sheila had put it, we’d already imagined it. The response from everyone we know and has an idea about Shelter Island were happily unanimous and not a little envious. It seems they’ve also imagined living in a separate and beautiful place only reached by a trip across salt water.

I grew up in a small town. If that sounds Mellencamp-ish, it is. John grew up in Seymour, Indiana, a bit north and east from my hometown, Mt. Carmel, Illinois, a little river town on the Wabash. That’s where our similarities end. I have never called myself “Cougar.”

I don’t have illusions about small towns, not just by growing up in one, but having the perspective of being an adult living in a couple of Irish villages, and living in cities, including St. Louis, Chicago, New York and Dublin.

One of the first people I met here a few weeks ago asked if I had a thick skin. “You’re going to need it,” he said. Well, it’s not rhino-class, but it’s thick enough, I suppose, for someone who works for a newspaper and also someone who lives in a small town.

Only working for the paper for a couple of weeks, I had someone write privately that I should take a hike, and on our letters page an editorial of mine was called malicious, smug and  vindictive – and that was the nice part. I enjoyed the letter writer’s rhetorical skill, especially his suspicion that calling out my politics would bounce off pre-thickened skin, but attacking my prose style would cut deeply. (I welcome more exchanges, Mr. Olsen. Honest.)

I’ll make mistakes, rest assured. But they’ll be honest ones. And I know Island life won’t be all summer evenings of moonlight and flowering hedges.

But the warm welcome we’ve received has been genuine. I was overwhelmed with the help and consideration given to me on  the long day into night I spent with the veterans and their families on the Honor Flight to Washington. And Mary and I were buzzing about people joyously welcoming us at the library’s “Turkey Plunge” on Saturday.

It has all been a bit unreal, to steal Cronin’s line, arriving accompanied by Hurricane Sandy and witnessing Islanders’ responses to the emergency and their ongoing outreach to those hurt by the storm. 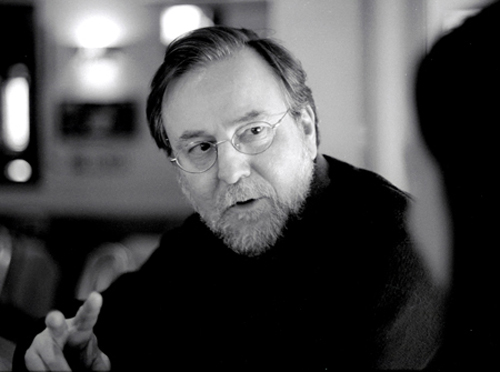 My father could pun at will. After any remark, uttered by anyone, he could make a pun, some good,...

With family members by his side, Thomas Murphy walked out of a Central Islip courtroom Tuesday, free to return...

The last few years of my father’s life were rocky.  Unlike my mother, who nearly made it to 103...

Richard’s Almanac: Off to a fresh start in 2020

I decided to start off the New Year with a clean and well organized garage. I do this every...

Life on the Half Shell: Whatever happened to good penmanship?

Over the holidays I found a writing assignment from my grade school years and saw that my 4th-grade signature...