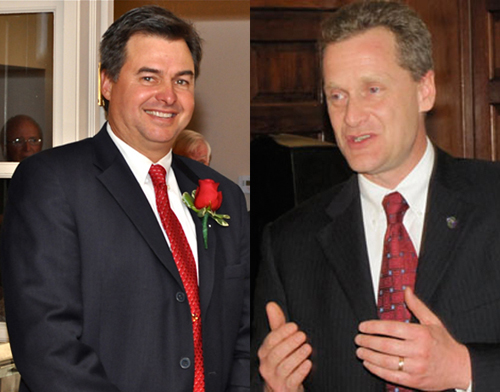 Al Krupski or Sean Walter, we want to know who our readers plan to vote for in Tuesday’s special election for the 1st District seat in the Suffolk County Legislature.

Polling places will be open from 6 a.m. to 9 p.m. Tuesday as Mr. Walter, the Republican Riverhead Town Supervisor, and Mr. Krupski, a Democratic Southold Councilman square off for Ed Romaine’s seat, which he vacated after he was elected Brookhaven Town Supervisor in November.

Voters who are unsure of their polling place can look it up here.

The district stretches from Middle Island to Fishers Island and includes Shelter Island (until the district lines change next year).

Who will you vote for in Tuesday’s special election

The five candidates seeking the Democratic nomination to run for the New York State Senate seat being vacated by... After more than three years of planning and seeking grants to offset expenses, the project to install a nitrogen-reducing...