There were formal dances and big band concerts at the Prospect Hotel where the elite gathered to celebrate major events in their lives.

Shelter Island Heights was having a building boom, with many houses going up for wealthy New Englanders who had decided to summer here.

Methodists from Brooklyn were also flocking to the Heights where their church maintained a campgrounds for summer meditation and relaxation.

Advertisements for summer rentals on the Island included the phrase, “Jews need not apply.”

African-Americans were welcomed to captain boats belonging to the wealthy or work as restaurant servers and hotel chambermaids, but those were the inviolable boundaries of their Island life.

Brooklyn, primary home of many Island visitors and second homeowners, became a borough of New York City. Nationally, the United States was coming out of a five-year recession just as the country was flexing its imperialistic muscles with the start of the Spanish-American War.

A couple of weeks ago, David Klenawicus, a retired Highway Department employee, came closer to that milestone year of 1898.

He and his partner, Kathyrn O’Hagan, were cleaning out a storage area of a house they own in the Heights when Mr. Klenawicus stepped down and spied something lying just off the driveway. When he picked up the small, circular metal object and looked closer, he realized that between the tips of his fingers was a dime minted 116 years ago.

Long ago there was once an outhouse in the area where he picked up the coin, so Mr. Klenawicus speculates a gentleman using it may have dropped his pants, spilling the dime from his pocket.

But one mystery of the find is that the 10-cent piece was just lying there, not buried, but clearly visible on the ground.

At the time, the missing dime’s owner experienced a significant loss. A New York Times story listing food prices in 1898  concluded a family of five could live comfortably on a weekly food budget of $3.13. That didn’t include meat, but many meats could be purchased for 4 cents a pound. A dozen eggs cost less than 27 cents; a pound of butter, 26 cents; a pound of potatoes, 3 cents; and various vegetables cost an average of 4 cents per pound.

The 1898 dime Mr. Klenawicus found won’t be seeding the college fund for their 7-month-old son, David Daniel. On the collectible market today it likely will bring somewhere between $1 and $60 depending on its condition. The dime he found is likely to come in at the low end if he decides to sell it.

The coin appears to be a “Barber dime,” named for its designer, United States Bureau of the Mint Chief Engraver Charles E. Barber. The value of the coin is determined not just by age and condition, but also by where the dime was minted. That’s unfortunate for this particular dime since it’s aged to the point where the mint designation can’t be read. The most valuable of the 1898 Barber dimes were minted in San Francisco and carry an “S” on the bottom of the “tails” side of the coin.

But money was the last thing on Mr. Klenawicus’s mind when he and Ms. O’Hagan and their baby boy stopped by the Reporter’s newsroom to share his discovery. It was the thrill of the find and the tactile connection to the past, Mr. Klenawicus said, that meant the most to him.

“I’m a pretty lucky person,” he said. “I was always a little bit of a treasure hunter.”

But in the past, his “treasures” have tended to be practical items such as nails he could put to use on one of his various projects.

Mr. Klenawicus might be ready to up his game as a treasure hunter. He’s thinking about buying a metal detector. When Robin Pogrebin was a youngster she dreaded the Fire Island ferry and the inevitable rush to make the... Forty-two years after his death, Elvis Presley is still a strong presence in Las Vegas. You may have an... 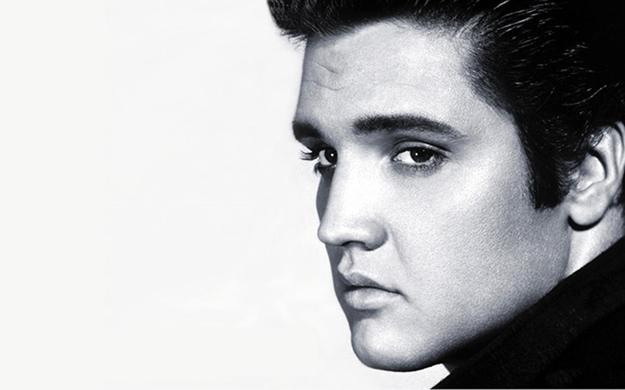