Two men at a tag sale that attracted hundreds of people to the Chequit Inn Saturday morning had more than a passing interest.

David Bowd and Kevin O’Shea, who own two inns on Cape Cod and now hold the keys to the Chequit, chose the sale as their meet-and-greet with Shelter Islanders.

With everything from individual pieces of silverware to large pieces of furniture on sale at bargain basement prices, the event was a fundraiser for the restoration and renewal of the Tot Lot, the playground for small children on School Street.

The new owners paid $3.35 million for the landmark inn. Asked if there were other investors, Mr. Bowd said “a couple of people are helping with the financing but there are no silent partners.”

In addition to owning the Chequit, Mr. Bowd and Mr. Shea will also mange the bar, restaurant and hotel.

But “Andre is not involved” in the Chequit, Mr. Bowd said, and he no longer works for Mr. Balazs.

Mr. O’Shea, who grew up in the Denver area, was at one time the lead interior designer for Morgans Hotel Group, which owns and manages boutique hotels in America and Europe,  and both men have worked for the legendary hotelier, Ian Schrager.

Mr. Bowd had first seen the inn when he was on the Island, he said, working for Mr. Balazs, and had dinner there. He heard the place was for sale from a guest at one of the Cape Cod inns.

Plans for the Chequit are still in transition, Mr. Bowd said, with an architect set to deliver plans next month. All public spaces and private rooms will be renovated for a May 2015 opening, and installation of a swimming pool is not out of the question.

Mr. Bowd said he wanted to retain the historic character of the place. “There are so few hotels like this left,” he said. “They’ve either burned down or been torn down.”

As for Saturday’s sale, Mr. Bowd said, “Kevin and I are delighted at the generosity of everyone who came and supported this terrific fundraising effort.” 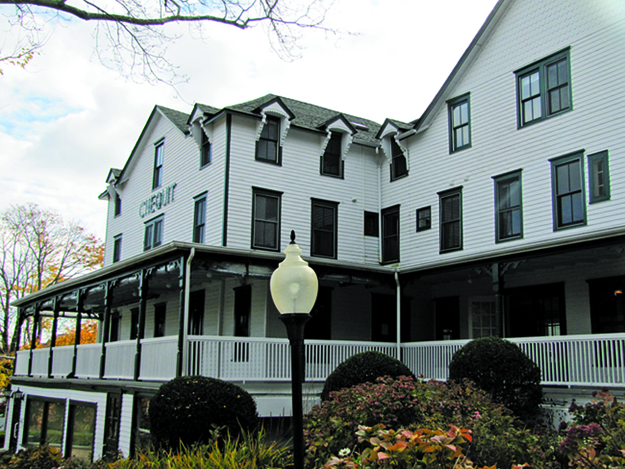 We had heard stories about families fracturing and dis-inviting members to Thanksgiving for voting the wrong way in the...

Squire Frederick Chase — the namesake of Chase Avenue — created an ambitious development plan in 1836 for Shelter...