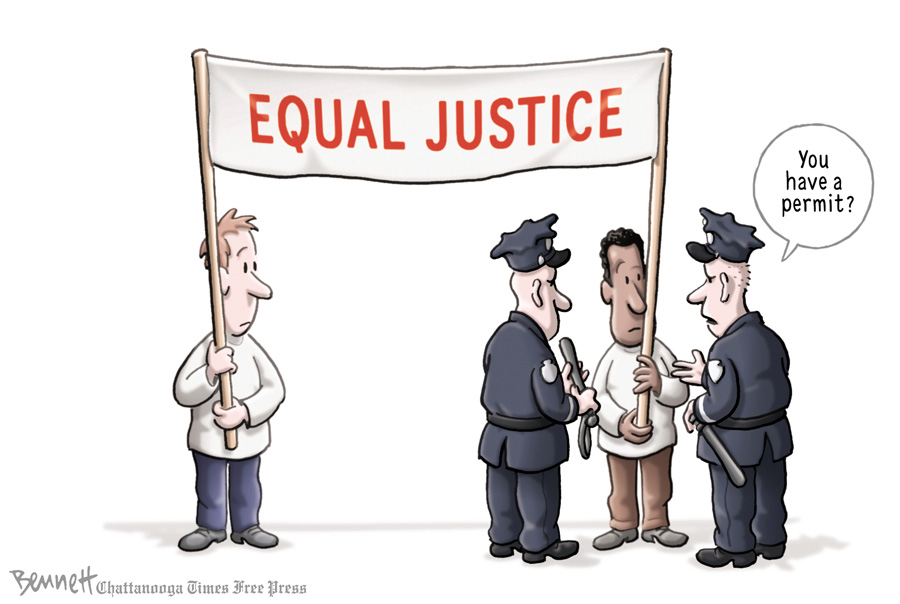 You wouldn’t want to see your teenage nephew’s life derailed. You’ve watched him grow up. You know he’s a smart kid with a ton of potential; he’s just run into some trouble at home lately.

At this point, an arrest for, say, buying a case of beer with a fake ID — technically a felony — could ruin his chances of getting into college.

Now imagine you’re a cop and that kid behind the wheel of the car you just stopped reminds you of your nephew — or son, or younger cousin. Maybe you try to do right by him.

I’ve benefited several times from what I’ve long called the “nephew” effect. Many of my friends have, too. We were often together when police would stop us back in the 1990s, whether it was for using a fake ID or some other stupid thing teenagers do.

There was one time we got pulled over, still under age, in a remote area upstate  and were questioned by two officers who found bottles of booze in our trunk. They scared us a bit, sure, but we weren’t arrested. We weren’t even ticketed.

I’ve often thought about these times in my youth and how fortunate I was. But at some point, I realized, I probably would have been arrested — I might even have a criminal record today — if I were black.

It appears I’m not alone in my thoughts.

After a grand jury declined to indict NYPD officer Daniel Pantaleo in the killing of Eric Garner, a profound conversation started in the social media world, specifically on Twitter. The site erupted with people using the hashtag #crimingwhilewhite to highlight posts about their own personal experiences as white people committing crimes and how their experiences with the cops differed from those of so many black people in the United States.

Here are some examples:

When I was 21 I got a DUI. I stayed up all night at the local police station… playing poker with the cops. #CrimingWhileWhite #America

Friend & I jaywalking across an intersection w/ case of beer when we were underage. Cop at the light laughed & drove on #CrimingWhileWhite

I also chimed in on Twitter, calling the leniency shown toward white people the “you remind me of my nephew” effect.

It’s just easier to understand and sympathize with someone who looks like you and your family members — maybe even resembles you as a young person. I think it’s fair to say that, growing up,most white cops didn’t have many black teenagers at their family parties or barbecues, so their experiences with them might be mostly negative.

Racism, conscious or unconscious, doesn’t end with policing. I know this firsthand from watching hours upon hours of arraignment proceedings in courtrooms throughout the region, mostly when I was a writer with the Daily News. In Suffolk County Criminal Court especially, the racism on display became a sort of sad running joke among the reporters as we observed black suspects being treated differently from white ones.

And the differences were stark.

“Speak up!” the judges barked at the scared black teenagers.

The white kids were often spoken to like wayward, well, nephews.

For example: “I really hope I don’t have to see you again here, Charles.”

In my experience, everyday white privilege has much more to do with human nature — and the occasional Police Benevolent Association card — than with money or powerful connections, though I don’t doubt the latter play a huge role in higher profile cases.

But here’s the thing: The type of common sense approach to policing that I experienced as a youth was not just better for me; it’s better for all of society. So long as no one’s getting hurt, keeping as many people as possible out of the criminal justice system is an overall benefit. Whether you share my opinions or not, I’d like to think I’m a productive member of society today. Same for my friends. My one buddy is a police sergeant. Another is a dedicated youth hockey coach. Two others each found success in the financial world.

Many young black kids don’t get the same breaks early in life that white kids do (or worse) and there’s no doubt that a few arrests as a young person can interfere with living productive, fulfilling lives as adults. Black or white, once you’re arrested or convicted of a crime, it’s hard to get any leniency during subsequent traffic stops.

From slavery to terrorism to Jim Crow to discrimination in banking and real estate, inequitable policing remains today a very effective form of repression, even if it’s not deliberate.

If the rest of us can begin to acknowledge this problem now, it will only make for a better, safer society moving forward.

As Neal Taflinger wrote on Twitter as @NealTaflinger last Thursday:

“#CrimingWhileWhite is like introducing yourself at AA. Self-awareness is a huge hurdle, but it’s just the first step.” 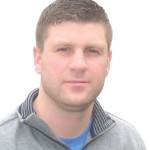 Michael White is the editor of The Suffolk Times and Riverhead News-Review. He can be reached at 631-298-3200, or email him at [email protected]. Follow @mikewhite31

From the mind and pen of Peter Waldner, the Reporter’s award winning editorial cartoonist.