You may not consider fishing as a compelling spectator sport, but watch National Geographic Channel’s “Wicked Tuna,” featuring Shelter Island’s own Pete Speeches, and you’ll — sorry — be hooked.

Captain Speeches, new to the show now in its third season on the NGC, isn’t there just for a boat ride. “I do it commercially,” he said, noting that a single bluefin tuna can bring in several thousand dollars when its meat is priced anywhere from $7 to $15 a pound and the fish weighs in between 250 and 450 pounds.

This isn’t the first season Captain Speeches, now based in Portland, Maine, has been approached by “Wicked Tuna.” In the past he turned the producers down, but when daughter, Erin, 23, joined his crew on the Erin & Sarah (named for Erin and her sister), he was asked again and thought it was a good opportunity for both of them.

Ms. Speeches had been working for a Boston advertising firm, but when that job ended and prospects in a tough economy seemed dim, she opted to join her dad aboard his fishing boat, rather than waitressing as she hunted for the right job.

The program had “matured” and wasn’t simply focused on drama, Captain Speeches said, but was looking more at the challenges commercial fishermen face trying to land large fish like bluefin tuna to make a living

Scenes from the program make it clear it’s a lot more than simply hooking the giants. Tactical movements have to be made that take great strength and perseverance to keep the fish on the line and reeled in before being gaffed and brought aboard.

Then there’s the weighing and examining process that determines how healthy the meat is and how many pounds can be cut to decide the dollar value of the catch.

For those who think Ms. Speeches is aboard as just a pretty face, she does her share of the grueling work of crewing on a commercial fishing boat.

“It’s kind of cool that the show can shed light on it,” Ms. Speeches said about what it takes to be successful harvesting the bounty of the sea.

“It does get dicey at times,” she said, referring to a competitive process with not only the fish but others fishing the same waters to take the bluefin tuna.

“There’s only so many fish that can be caught” and everyone out there is competing to take as many as possible, she added.

Ms. Speeches described the adrenalin rush accompanying a successful catch, but said what’s truly rewarding is seeing how “amazing” her father is. “It’s awesome to bond with my dad,” she said.

She  probably will return to the corporate world when the right opportunity presents itself, she said, but hopes, at least occasionally, to exchange a business suit for fishing gear.

“I have definitely worked a lot and I grew a lot,” Ms. Speeches said.

As for her dad, Captain Speeches may have been off Shelter Island for the past 30 years, but the name Speeches still resonates here with relatives and friends.

The 1979 Shelter Island High School graduate in the initial “Wicked Tuna” segment this season refers to the deaths of both his parents at an early age, helping toughen him to participate in the world of giant bluefin tuna fishing.

Only 14 when his father, Alex Speeches, a harelegger, died in an accident, his mother, Nancy (Edwards) Speeches was determined to see her son graduate from high school. It was a sight she never witnessed, succumbing to cancer before his graduation.

Captain Speeches agrees with his daughter’s philosophy: “Life doesn’t always come easy and you’ve got to be thick-skinned.”

Fishing the waters off Gloucester, Massachusetts, aboard the Erin & Sarah, Captain Speeches bagged the first bluefin tuna of the season that runs from June to December.

How did he do overall against the other four crews? You’ll have to tune into “Wicked Tuna” to find out.

Fish On: A fishing tale

Some of the recent fishing has been good for anglers who have fixed their sights on bringing filets home... 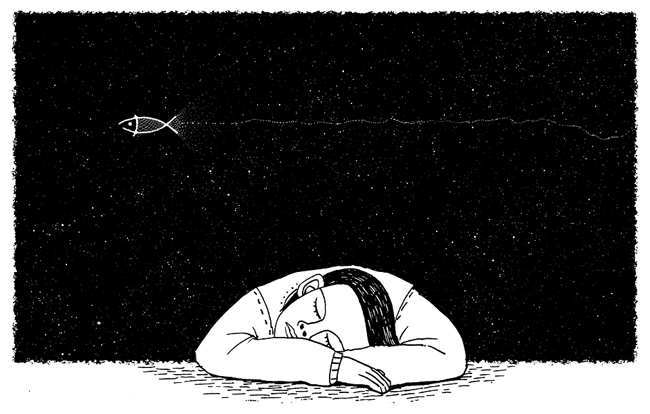