When Bill Banks steps down as building inspector on June 17 after 21 years on the job, a new face in town government will take his place.Reed Karen, a 14-year Shelter Island resident with both managerial and construction experience, will be moving into Mr. Banks’ seat.

“It’s a done deal,” Supervisor Jim Dougherty said, while confirming that the appointment will be ratified at the June 3 Town Board meeting.

“We are going to miss Bill,” Mr. Dougherty said in a written statement. “We appreciate his contributions and feel we have found a very able replacement” in Mr. Karen.

He described Mr. Karen, 57, as a man who has worked in construction since he was a teenager, saying he has been a laborer, a carpenter and furniture maker and most recently operated his own shop in Wainscott doing all aspects of high end mill work.

In a telephone interview Thursday, Mr. Karen said he gained administrative experience as a project manager for a design building company in the city and was a foreman for a large mill shop in Red Hook Brooklyn, before he relocated to Shelter Island.

He also was both an administrator and teacher at Parsons School of Design.

Mr. Karen is the author of “The Complete Idiot’s Guide to Woodworking.” An Amazon.com description of him noted that he studied under Tage Frid, an author and craftsman famous in woodworking circles.

In recent years, Mr. Karen has primarily worked on projects on the South Fork for upscale clients, but felt it was time to move in another direction, he said.

He has not held a municipal job and aside from work on his own house for which he needed building permits, has had very little contact with the Building Department.

“I’ve had nothing but pleasant experiences” in getting necessary permits, he said.

“I don’t have an agenda of any kind,” he said about the job he’s assuming, saying he knows he’ll have  a learning curve to become familiar with procedures here.

Chris Tehan, who has worked with Mr. Banks and had originally applied for the position of chief building inspector, told the Town Baord at its work session Tuesday to remove his name from the list of  candiates

Mr. Tehan couldn’t be reached for comment, but Mr. Dougherty said Mr. Karen and Mr. Tehan know one another well and have a lot of respect for each other.

Mary Wilson, who has been building permits coordinator, is also retiring in June and the Town Board is “working very intensely” to find a replacement, Mr. Dougherty said.

More than 16 years after Chris Tehan first came to work in the Shelter Island Building Department, he has... With the news of Beverly Cahill passing away recently, many Islanders thought of the good times at the Harbor... 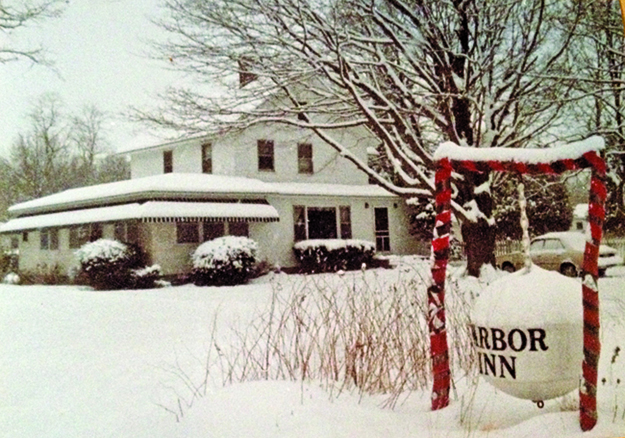