The Village of Dering Harbor Board of Trustees adopted a budget of $324,363 for the 2017/18 fiscal year, up 2.53 percent over this year at its meeting Saturday.

To accomodate the growth, the board first had to vote to pierce the state-mandated tax levy cap. Mayor Tim Hogue noted that the budget, while higher this year than last year, is lower than it was two years ago.

The mayor also announced that the village had selected Statewide Aquastore, Inc. of Syracuse as contractor to replace its aging water tower. The $498,820 project will be paid for under a no-interest 30-year loan from New York State. Bids received for an emergency generator to pump water during power outages were too high, Mr. Hogue said. That portion of the project will be re-bid.

In other business: Fences and hedges were on the agenda again. The board granted a special license — called an “evergreen” agreement — allowing owners of a new pool to embed a portion of the required fence in a mature privet hedge that is on Village property.

The other option, Mr. Hogue told the Board, was to tear out the section of the hedge that strays over the property line along Yoco Road, and replace it in the correct location with a new plants.

That a private hedge ended up on village property is no surprise in Dering Harbor, where antique plant maps are cross-hatched by lines demarcating grand boulevards, tiny cottage plots and rights of way of past improvement schemes that were never realized. In certain areas, excess paper roads eventually were transferred by the village to owners of adjoining lots. In some instances, the village retained ownership.

A few of the residents in attendance at Saturday’s meeting drew parallels to an on-going dispute that ended up in court. In that case, the village had raised the possibility of an evergreen agreement with a couple who wanted to plant a hedge between their house and Shore Road on a strip of land of uncertain ownership. Many interpreted the village’s evergreen offer as an indication that it owned the land.

But no action was taken and the couple, along with another Shore Road resident, brought a lawsuit against the village.

Village research in the lawsuit showed that the disputed strips may actually belong to heirs of previous owners. The village sought to dismiss the case, but a judge recently ruled that the suit may go forward if the heirs are added as parties.

Mr. Hogue assured the Board that in the case of the new pool fence, the village definitely owns the land. Following the Board of Trustees meeting, the Architectural Review Board met and approved the design of the fence and gates.

The mayor also noted that the Press Club of Long Island had given the Village an “A-plus” rating for transparency. The rating was based on the village’s response to requests under the Freedom of Information Law and the accessibility of information on its new website. 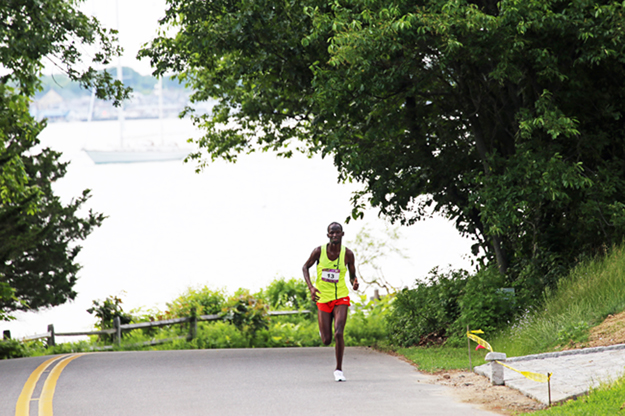