The name Billy Baldwin is a familiar one on Shelter Island. Mr. Baldwin is the founder of the Great Peconic Race. The annual paddleboard race around the Island raises funds for Cornell Cooperative Extension’s  marine programs on the East End.

But what many people may not realize is the fact that Mr. Baldwin is also a children’s book author with several titles to his name, including his latest — “Wipeout the Wave,” a sea-themed picture book released by Decozen Publishing earlier this month.

The book tells the story of a wave in search of the place where he truly belongs. Wipeout travels the Seven Seas looking for waves just like him, and nearly gives up on his quest until he makes a new friend in the North Pacific — Surfer Steve — who points him in the direction home. Wipeout ultimately discovers that even though everyone is different, each individual is important in immeasurable ways.

It’s a theme that has helped Mr. Baldwin, a self-confessed daydreamer, cope with hardships throughout his life. Diagnosed with dyslexia at an early age, Mr. Balwin overcame challenges in reading and writing and transformed them into a creative advantage. Taught by his favorite teacher to capitalize on his strengths rather than focus on his disabilities, Mr. Baldwin used his passion for business enterprise to tell stories that motivate and inspire. His ability to envision characters, situations and story lines that deal with triumph over adversity define his work.

“Wipeout the Wave” is illustrated by Leisl Bell, who has worked with Mr. Baldwin on previous picture books, including “The Cookie That Saved Christmas,” and “The Last Leaf.” The new book is geared toward children ages 5 to 12 who will learn to both love and enjoy the beauty of the oceans and what lies within them.

Mr. Baldwin, who lives in Sag Harbor, began his professional career by founding Cookie Island, a cookie store and mail-order program which opened in New York City just after 9/11. More than just a producer of delicious cookies that were sold throughout the United States, he marketed his cookies through stories, characters and graphics that caught the attention of executives from the children’s entertainment industry. Following his enthusiasm for storytelling, he soon began a new career as a writer.

In addition to his creative endeavors, Mr. Baldwin is involved with numerous non-profit organizations and activities. Besides the Great

Peconic Race, which was created in honor of his late brother, Ted Baldwin and combines his passion for water sports with his love of the environment, he is the co-founder of the Webb Innovation Center for Dyslexia, named for the late Gertrude Webb, the  teacher who helped him focus on his strengths.

“Listen to your passion — nothing’s more important,” he said in a release. “Passion can get you through just about any situation and give you the confidence you need.” 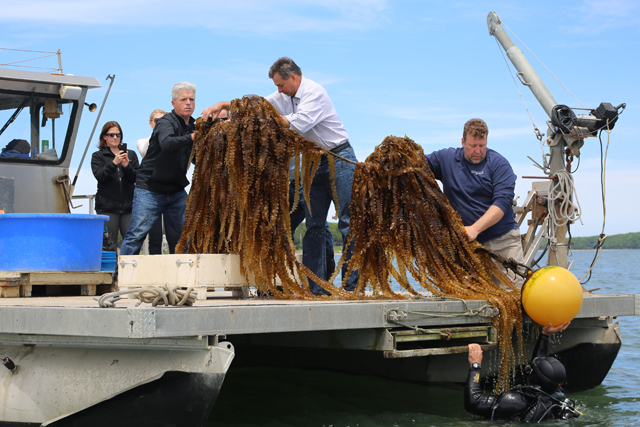 One of the premier races for crafts powered by paddles makes its return this Saturday, September 8, when the...