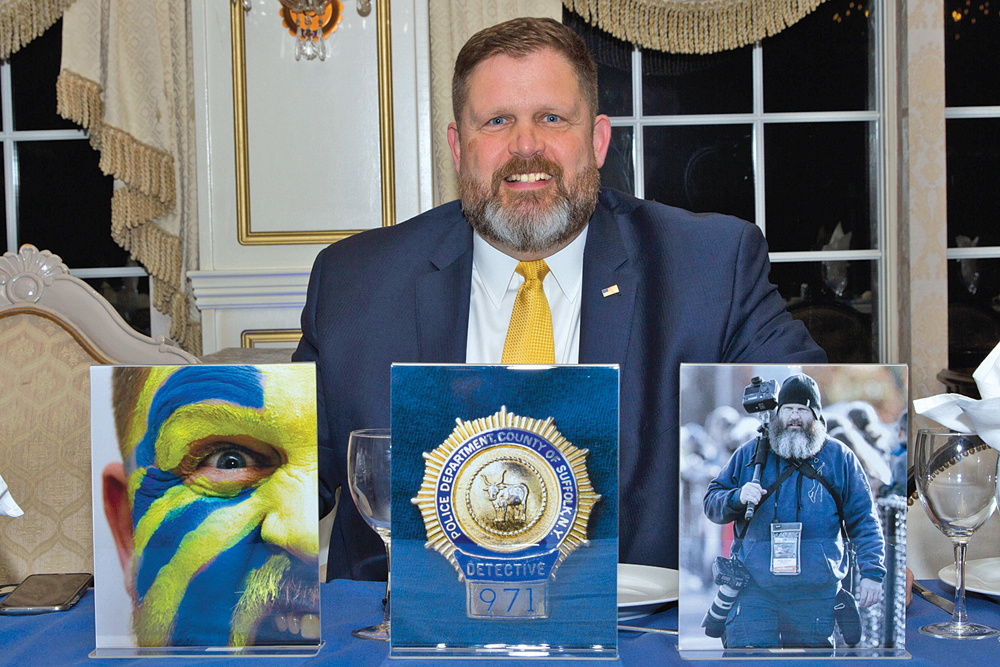 Daniel De Mato suddenly had a problem: He looked too clean cut. And for someone who buys drugs for a living, that can a problem.

As he neared the end of a long career as an undercover officer for the Suffolk County Police Department, Mr. De Mato had shifted from his drug unit to a search warrant team. He began easing up on the ragged look the job had always required. His long, wavy hair was shorter; his beard trimmed. But about a year ago, as leadership in the department changed, he found himself back in the trenches buying drugs from unsuspecting dealers who would soon find uniformed officers slapping on handcuffs.

“The first couple times I went out to buy drugs, I looked like a 50-year-old cop,” Mr. De Mato joked. “I was like, all right, this isn’t working.”

To get back into the role, the Cutchogue resident shaved his head and let his beard grow out to a grizzled mess. It was an image that had come to define him for decades. For nearly 30 years, Mr. De Mato lived a sort of double life: the tattooed, long-haired drug buyer in one moment and, in another, the funny, outgoing family man who would paint his face blue and gold and lead chants in the stands at his daughter Jessica’s high school volleyball matches.

In the last decade, he’s also lived a third life as an award-winning sports photographer, a hobby he’s now turned into a second career. To readers of this paper, Mr. De Mato’s name should be well known from the sports pages that carry his striking action photos of local athletes.

On Friday night, Mr. De Mato, 52, celebrated his retirement from the police department with a night of dancing and laughs at Giorgio’s in Baiting Hollow with nearly 150 co-workers, friends and family. It was, for the first time, a chance to merge his multiple worlds into one.

“The whole idea of the party was my chance to say thank you to all these awesome people that have done so much in the past 30 years of my life,” he said. “It’s not really about me.”

Jordan Lauterbach, a comedian and sportswriter at Newsday, to which Mr. De Mato is a frequent contributor, performed standup as guests sat at their tables Friday night.

“The first time I met Dan I thought he was homeless,” Mr. Lauterbach said to kick off his routine.

Mr. De Mato had grown accustomed to the double-takes over the years. He was never one to advertise the fact that he worked as an undercover police officer. He never looked like a cop. When he and his wife, Diane, moved to Baiting Hollow shortly after their daughter was born, they began attending a new church. He could tell people were thrown off by his appearance. The pastor, after hearing grumbling from parishioners about the new guy, eventually introduced himself and told Mr. De Mato he’d like to meet him.

The next week at church, he said, everyone began introducing themselves.

Mr. De Mato joined the force at 22 after serving in the U.S. Army. He was the youngest person in his academy class, he said. He and Diane, who had met as teenagers, married while he was enlisted in the Army and have been inseparable ever since.

Mr. De Mato said his wife’s support over the years was “amazing.” His life truly changed, he said, when his daughter was born. Up until then, he had seen his life defined as either a quarterback on the high school football team, a soldier or a cop. But being a father, he realized, was his ultimate calling.

His passion for his daughter’s volleyball matches at Mattituck High School is what led him toward a second career as a photographer. Her team had so much success and he realized he had no pictures documenting any of it. A friend who’s also a cop happened to be into photography, so he begged him to come down to a game to take photos. He eventually agreed, but Mr. De Mato quickly realized his friend wasn’t always reliable enough to deliver the photos he had wanted.

He started taking photos of his daughter’s volleyball matches in 2010, when she was a freshman at St. Joseph’s College. His camera wasn’t high enough quality, though, so he borrowed from his pension to upgrade. Officials at St. Joseph’s soon took notice and he became the unofficial school photographer.

He was shooting a Mattituck volleyball game against Shelter Island one day when the Indians’ coach, Cindy Belt, noticed him. She passed along his business card to the editor of the Reporter, who asked to buy some of his photos. Soon after, Mr. De Mato became a regular contributor all three Times Review newspapers.

At one game, he started talking to a parent in the stands who asked for his business card. It turned out he was a retired Newsday photographer and he passed Mr. De Mato’s information along to the photo editor there. Mr. De Mato shot his first assignment for Newsday in October 2012, a Northport-William Floyd football game. His photo appeared on the cover of the high school sports section the next day. A framed copy hangs in the De Matos’ house.

Now, he’s become one of the go-to sports photographers for many high school events in Suffolk County. He’s taken on bigger assignments as well, shooting college games, the Long Island Ducks and even some pros with preseason football this past fall.

Throughout his life, Mr. De Mato has always considered himself part of a team. He loves the feeling of everyone working together to achieve a goal. Now, he gets that same feeling in photography when he can play a role in telling a story that appears in the next day’s paper.

Expect to see him on the sidelines more often now that he’s in a full-time gig — just don’t look for the man with the extra-long beard. 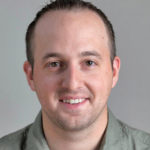 The author is the editor of the The Suffolk Times and Riverhead News-Review. He can be reached at 631-354-8049 or [email protected]. Have you noticed how Halloween is marked these days? Or should I say the Halloween season? After all, the...

Column: A late columnist’s pen will be dearly missed

The impact a person can have on someone, even someone that person never met, is extraordinary. That was brought...

The massacre in Aurora has reverberated here and across the nation. Questions being asked include: how could the federal...

Column: A little taste of Hades for our self-publisher

As the editor of a good little community newspaper I’m very proud of, I’ve had to think about all...