It’s been a busy couple of weeks for the Shelter Island junior varsity baseball with three wins in a row. The streak was broken with  a loss Tuesday at Port Jefferson.

The May 9 home game against Southold found the team with four key players out sick. With Junior Gil in control on the mound for five innings and solid fielding behind him, the Indians came away with a 17–5 win. Gil struck out the side in the top of the second and timely hitting put the Indians up.

The real action, however, started in the 4th inning when Gil got on base, stole second and third and then Matt Straus brought him home with an RBI. Nico Seddio, who seems to take more pitches to the body than most players, caught one in the arm, dropped his bat and started toward first. The umpire called, “No attempt to get out of the way.”

After some confusion, Seddio stepped back into the batter’s box and crushed one to straight away center for a home run.  Dan Martin followed suit with a monster triple and when the inning ended, the score was 9-1 Indians.

The top of the 6th found Abby Kotula on the mound throwing strikes. The home 6th saw 12 Indians go to the plate and when the dust settled Shelter Island was up 17 -3

The Indians play their final game of the season at home tomorrow, Thursday, May 18 against Wyandanch. 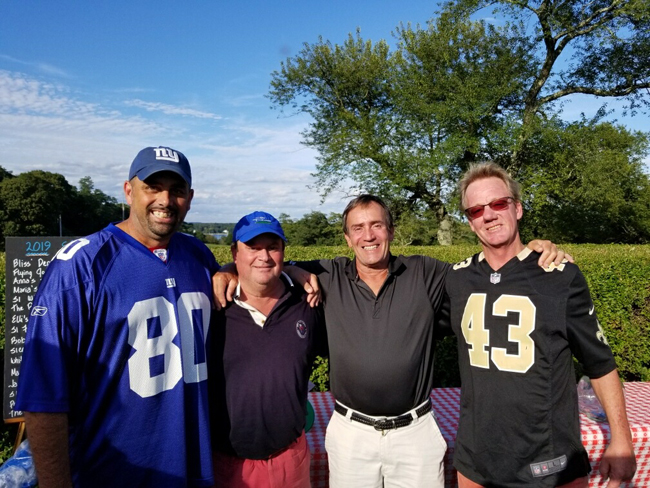