When planning a menu, I make sure one course is the star of the show rather than try and dazzle guests with each one.

For example, if I’m going to the trouble of preparing a soufflé as my main course, I may start with a simple salad and end with a single scoop of sorbet. Or if I’m doing a rich salmon mousse for an appetizer, my entrée might be basic grilled lamb chops followed by a small plate of store-bought cookies for dessert.

Creating a good menu is about surprises, where one dish stands out just slightly more than the others. At least that’s what I learned from André Soultner, the famed French culinary master who was Executive Chef of Le Cirque in Manhattan from 1978 to 1986, among his many other achievements.

If you want dessert to be the pinnacle of your meal without spending too much time in the kitchen, try profiteroles. This French dessert impresses diners every time and is nothing more than a simple combination of basic ingredients, most of which you probably already have. To prepare profiteroles, start by making the classic pâte à choux paste, which is also the basis for cheese puffs and éclairs.

The other key component is using good ice cream. Sorry folks, but I’ve had a very hard time finding anything better than Häagen-Dazs Vanilla Bean.

What’s nice about profiteroles is that you can freeze any of the extra puffs for later use. Just reheat them — straight out of the freezer — in a 400 degree oven for 5 minutes.

Preheat oven to 425 degrees. In a medium saucepan, combine butter, water and a pinch of salt. Bring to a boil, stirring constantly with a wooden spoon until fully incorporated, about 5 minutes.

Add the flour all at once and stir. Cook mixture until it no longer sticks to the sides of the saucepan, about another 5 minutes. Remove from heat and add eggs one at a time, stirring to fully incorporate before adding the next.

Scoop mixture into the Ziploc bag and snip a 1/2 inch hole in one of the corners (or place mixture in piping bag). In a small bowl, combine the one remaining egg with 1 tablespoon water and whisk together with a fork.

On a baking sheet lined with parchment paper, pipe choux paste into 1/2 inch rounds, separated from each other by an inch. Using a pastry brush or spoon, dab each mound of dough with a small amount of the egg/water mixture. Bake until puffed and golden brown, about 15 minutes. In a separate saucepan, heat chocolate sauce over low heat. After puffs have cooled, cut each puff in half horizontally with a bread knife. Place small scoop of vanilla ice cream on the bottom half and place the other half on top.

Place three filled puffs on each plate and drizzle with chocolate sauce.

Note: For added flair, place a spring of mint in the middle of each plate. 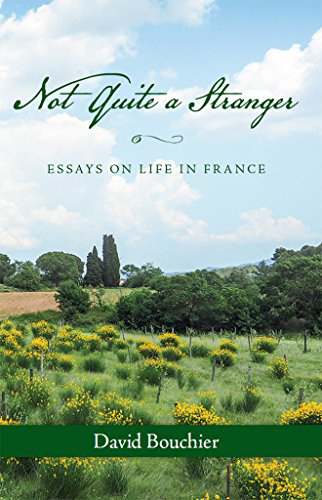