I noted with interest that the gun season for deer is happening now. It was good to see this paper print the locations that might have hunters with firearms looking for deer. Particularly for those who like to hike in the woods. Hunters are generally a safe crowd but it’s best to stay out of the woods during hunting season.

I however am not convinced that shotguns with slugs are safer than rifles in densely populated areas like this Island. Let’s look at a 12-gauge slug for example. It has one big hunk of lead that’s fired out of the shotgun barrel. The package it comes in says it can travel a mile or so.

Granted, it may not travel as far as a bullet from a rifle, but it’s pretty powerful. Powerful enough to cut saplings in half and powerful enough to take down a deer at a relatively close distance. And slugs are not all that accurate. The accuracy of rifles is accepted as much better than shotguns with slugs.

So we permit shotguns with slugs because they’re accepted as being safer for the members of the community. If one does not hit its mark, deflection by growth in the woods will send it into the ground.

All this talk about hunting reminded me of my days in the now defunct Shelter Island Gun Club. When I moved to the Island full time for a period in the late 1970s, I joined the very active gun club. I had come down from upstate New York and enjoyed hunting.

The Gun Club met once a month in Town Hall and had a membership of some 90 individuals.

Meetings drew about 10 to 15 members. Dr. Andy Signorelli was president. We had a number of tracts of land on the Island where we were able to hunt — mostly rabbits and birds. The club would pay to stock the Island with pheasant and grouse. A former club president, Evans Griffing, would raise the birds from chicks until they were ready to take off on their own.

But pheasants could not make it. I can’t remember the last time I saw one here. However, back then there weren’t any turkeys. The population has burgeoned. And I do not know how the first turkeys came to Shelter Island.

There were hardly any deer on the Island back then and those here were small. They looked like dogs with antlers. Serious deer hunting had to be done upstate.

The Gun Club also maintained a trap and skeet range on Menantic Road that was very busy on Sunday mornings. The Club also sponsored numerous turkey shoots. It was a very active organization that supported many different community activities and trips for kids from the school.

I eventually was on the club’s board of directors until I left the Island in 1984. After that I lost interest in hunting. I would return to the Island in summers and lost touch with the club and its members. I do not know when it ceased to exist.

On another subject, Laurie Fanelli, the Senior Center’s director of senior services, is seeking an administrative assistant to manage office supervision and assist in the handling of duties for upper management. From what I understand the ideal candidate for this part-time post is someone who works well with older folks and has knowledge and experience with wellness and health problems of the elderly.

The job description Laurie gave me said in part that,“The ideal candidate for this job is resourceful, creative, a good problem solver and organized. Assuring a steady completion of workload in a timely manner is key to success in this position.”

The shotgun recreational hunting season began Sunday and hikers are advised to avoid the following town-managed properties: the Old... 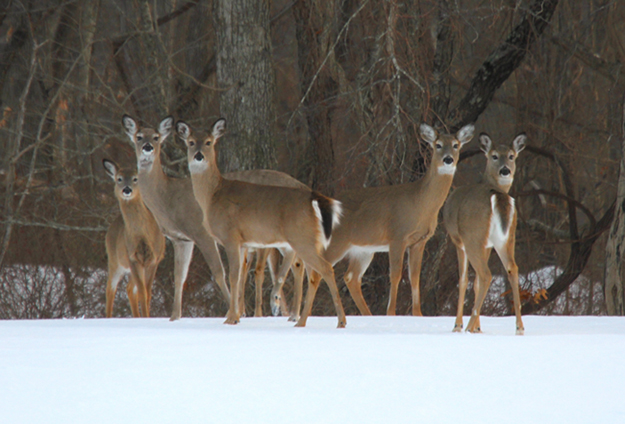