As part of New York State’s response to the opioid epidemic, Shelter Island residents participated in training February 5, in the use of naloxene (NARCAN) to reverse an overdose.

Training Specialist Lauren Bendall ran three sessions, one for high school grades 9-12, and two for community members in the afternoon and evening.

During her presentation, Ms. Bendall noted that health care professionals are using the term “opioid use disorder,” in place of “opioid addiction,” which has developed a “large stigma” that can discourage people from seeking treatment.

At the afternoon session, town social worker Lucille Buergers stated that she is available to residents to provide free counseling if needed. Her regular schedule has her available on the Island on Tuesdays.

According to the state health department, there were 342 deaths from opioid overdoses in Suffolk County in 2016. The Shelter Island Police Department reported that from 2013 to 2017 there were 26 overdoses and seven NARCAN saves on the Island, according to Chief Jim Read. A member of the community attending Tuesday afternoon’s session said there were two deaths due to overdoses in early 2018.

At the end of the training, overdose rescue kits were given out. “Hopefully we never have to use it,” Ms. Buergers said, “but thank God for it.”

Ms. Bendall outlined the methods by which opioids work, and explained what happens when an overdose occurs. The use of NARCAN is a life-saving tool that was administered during 11,992 emergency medical services calls to reverse opioid overdoses in 2014 in this state, according to the New York State Department of Health.

Ms. Bendall’s presentation was part of a new initiative of the state’s Office of Alcoholism and Substance Abuse Services to train 11,000 first responders and other likely witnesses to recognize an opioid overdose and confidently administer NARCAN to save a life.

Ms. Bendall passed around samples of the nasal spray to those attending, which is administered just like health products such as Flonase. She described NARCAN as a safe treatment that re-initiates breathing and cannot be overdosed.

She outlined the signs of an opioid overdose, which include bluish lips or nails, very slow or no breathing and being unable to wake the victim. Sometimes one dose of NARCAN will reverse the overdose, but more doses may be needed. She stressed the importance of calling 911 as part of the rescue protocol.

She drew the audience’s attention to the state’s “Good Samaritan Law,” which permits people to call 911 without fear of arrest if they are having a drug or alcohol overdose that requires emergency medical care, or if they witness someone overdosing. Certain exceptions cover criminal behavior, such as sale or possession of 8 ounces or more of a controlled substance. 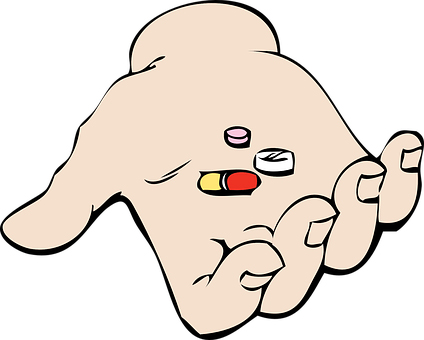