Call him a Jack-of-all-trades since he does practically everything at The Dory, from opening and closing each day, working the bar, organizing the in-season staff for dinners and drinks to planning special events such as the mid-summer jazz festival.

This season, owner Jack Kiffer is about to assume a new role — chauffeur.

Actually, it’s something of an expanded role, because for years Mr. Kiffer has been driving patrons home after detecting it would be dangerous for everyone to allow them behind the wheel after they’ve had too much to drink.

Thanks to the purchase of a van through an online auction, The Dory owner has decided to expand the idea of providing transportation, making it a regular feature kicking off sometime in May.

Island hotels, bed & breakfasts and marinas also will organize transportation for guests in need, but this is a first for the venerable saloon on Bridge Street.

Serendipity led to the acquisition of the van. The Dory’s owner and majordomo was surfing the web when he saw the auction site and decided to bid on the van. Turns out, Mr. Kiffer was the only bidder, and within minutes, he’d purchased the vehicle at what he said was “a very reasonable price.”

Mr. Kiffer will be driving since he holds the necessary Class A driver’s license. He’ll be picking people up at North and South ferries so they can save the cost of vehicle boat fares when they come to have drinks and/or dinner at The Dory.

Also, parking in the Heights on a busy in-season night can be difficult, so the Dory van will be saving people that aggravation.

He’ll give it a try this summer and, if it works as he expects, the van will become a regular offering. 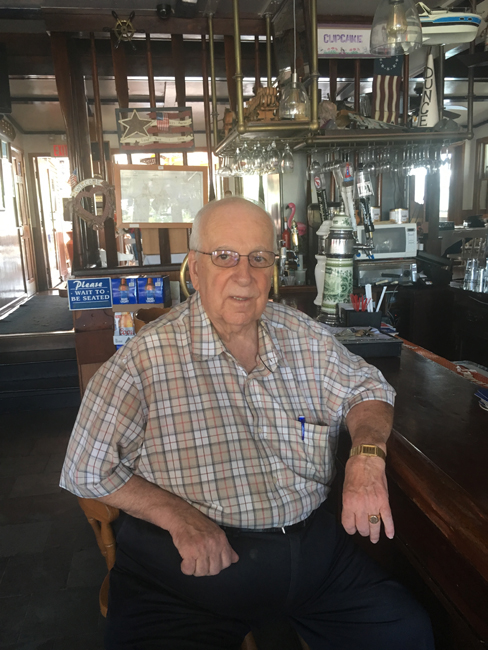 Keeping it un-real: Fake IDs are turning up everywhere