It’s that creepy time of year when friends and neighbors delight in scaring one another — all in fun, of course. For the second successive year, La Maison Blanche is getting into the act with its Dark Mansion, with proceeds to benefit ongoing research into causes and cures of breast cancer.

As they did last year, owner John Sieni and his partner and “haunt master” Oscar Gonzalez are out to terrify visitors and locals, with most of the proceeds going to the American Cancer Society in memory of Teresa Montant, a former town worker who lost her battle against breast cancer in October 2011. A small amount is kept to reinvest in the expansion of the haunted house.

For those who visited last year, the price is up from $5 to $15, meaning more money will go to breast cancer research, but Mr. Gonzalez wants people to know they’re getting a lot more for their money this year. He has spent much of the past 12 months practically doubling the size of the Dark Mansion. It now encompasses not only the basement of La Maison Blanche, but also a structure he has created that will be temporarily linked to the southwest side of the building to accommodate the many additions to the eerie experience.

If last year’s Dark Mansion was an “amateur” attempt at the macabre, this year’s displays, even when viewed during the day with lights on are fright-inducing. And that’s without the sounds, strobe lights and about a dozen volunteers who will lurk within the recesses of the Dark Mansion ready to jump out and add to the all-together scary experience.

He isn’t joking when he advises parents not to bring children under the age of 13 and warns those with asthma, heart conditions or seizure disorders not to enter.

For the full story on the Dark Mansion, see the Reporter next Thursday. 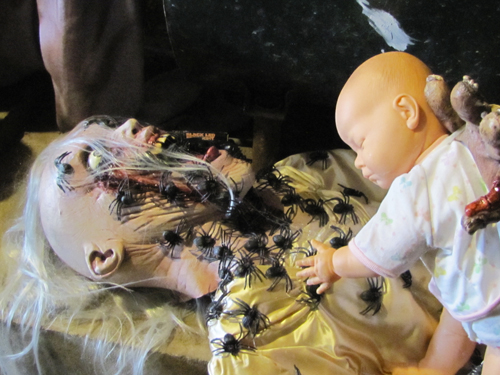 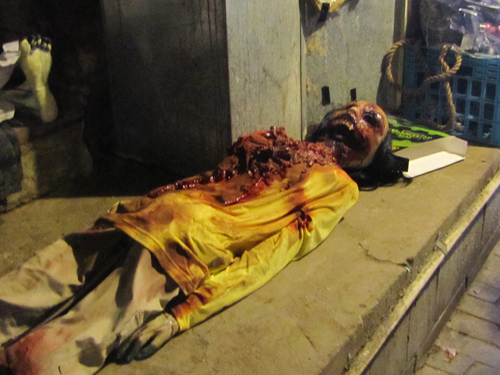 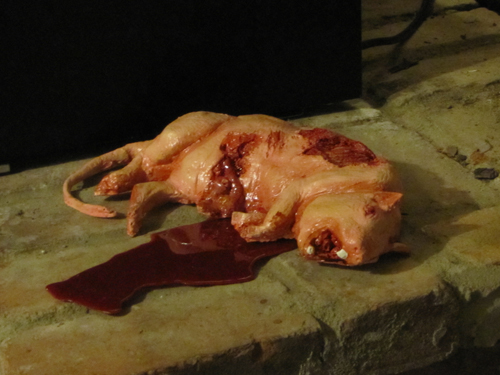 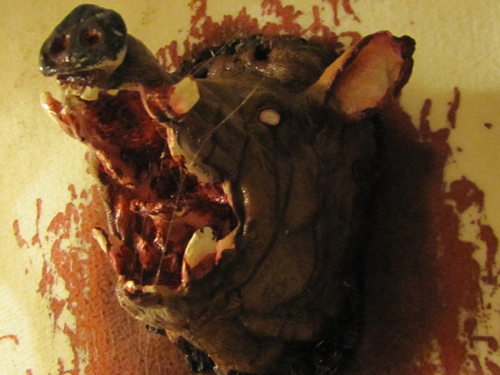 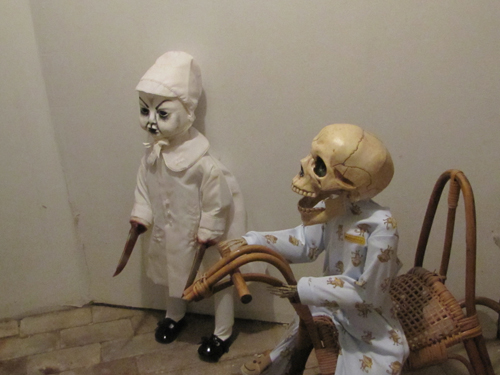 At a public hearing Friday on proposed legislation to set up a site plan review process for commercial businesses,... While the holidays can be a time for merriment and relaxation for many, some families with members who have...

‘Eyesore’ on Route 114 to be gated and screened

In a lengthy and often contentious process, John Sieni along with residents whose houses adjoin his storage facility at...