At the Town Board’s Tuesday work session, an examination of a homeowner’s request to relocate a well onto a town-owned right of way turned into a broader discussion of what’s been termed, by Supervisor Jim Dougherty and others, as the water “crisis” on the Island.

Later in the session, Councilman Jim Colligan and Councilwoman Mary Dudley reported to the board on a Suffolk County conference on a new initiative to improve water quality county-wide, including the use of new technology in septic systems.

After a discussion about setting precedents if town-owned property would be used for wells by homeowners, the conversation shifted when Town Assessor BJ Ianfolla mentioned that “we’re getting more people in the assessor’s office saying they have problems with water.”

It was a situation approaching “critical mass,” Ms. Ianfolla said “where people have significant investments at stake.”

The situation has become Island-wide, and not just in areas such as Silver Beach, Ms. Ianfolla noted. She mentioned a resident of Ram Island who had told the assessor’s office that they didn’t have potable water.

“I feel like the canary in the coal mine,” the assessor said.

Supervisor Jim Dougherty said Ms. Ianfolla was correct to look at the situation “as a policy issue” and not just one of individual claims by homeowners.

Councilwoman Chris Lewis posed the question of putting a community well on preserved property. Town Attorney Laury Dowd said it would be something that would need reviewing, and Mr. Dougherty weighed in that conservation easements would have to be researched, and since the town often partners with the county, other questions would be raised.

Ms. Ianfolla suggested looking into the policies of surrounding towns, such as Southold, which, she said, has “some small community wells.”

Planning Board member Emory Breiner asked if the town wanted to expand the West Neck Water District, but Ms. Lewis said expansion of the private water service would jeopardize its effectiveness.

She added that there is a “moral responsibility to assist people “ when it comes to water. Mr. Colligan agreed, noting that residents are feeling a “level of frustration,” are “lost” and “looking for direction” He suggested organizing “a separate body of people to look at possible alternatives” to the current situation of well water and septic systems.

The Water Advisory Committee would take that role, Councilman Paul Shepherd said, and Mr. Dougherty noted that the WAC was already out in front on the issue, instituting tests for water quality that will begin in September.

The county is proposing new legislation on water quality and pollution and held a conference Monday on the matter in Selden that Ms. Dudley and Mr. Colligan attended.

The idea, Ms. Dudley reported, is to effectively reduce nitrogen discharges into groundwater by giving the county authority to oversee the installation, maintenance and operation of “new individual septic systems.”

County records indicate that 360,000 residences in the county are without sewer service, which it’s estimated, causes 70 percent of nitrogen pollution, Mr. Colligan said.

The state-of-the-art septic systems are in place in 19 residences in the county and data is being collected, Mr. Colligan said, with more technologically advanced systems to be phased in over time.

The new systems cost between $10,000 and $20,000, Mr. Colligan said, with maintenance costs ranging from $300 to $500 per year. The county, he added, is working on incentive programs, similar to what governments have used in promoting solar panels to homeowners.

Also, a surcharge on county water uses will be dedicated to water quality issues, including setting up a program of new septic systems.

County research has shown that close to 90 percent of Shelter Island is deemed “a high priority” area to improve water quality and most of the southern areas of the Island are “a critical priority, “ Mr. Colligan said.

Near the end of the meeting a question was raised about filling vacancies on the Community Preservation Advisory Board. Mr. Dougherty said it wasn’t a priority since the group has “been fairly moribund the last couple of years” and the town was not missing out on any pending deals.

What is a priority is to fill the two vacancies at the Building Department, with the impending retirements of Building Inspector Bill Banks and Building Permit Coordinator Mary Wilson.

With water issues in the forefront, Mr. Dougherty said a “working group” that includes himself, Ms. Ianfolla and Town Engineer John Cronin were crafting a plan for November’s election asking voters to allow up to 20 percent of Community Preservation funds for water quality improvements.

Early voting on Shelter Island has been strong. Through mid-afternoon Tuesday, 244 people had cast ballots ahead of the... 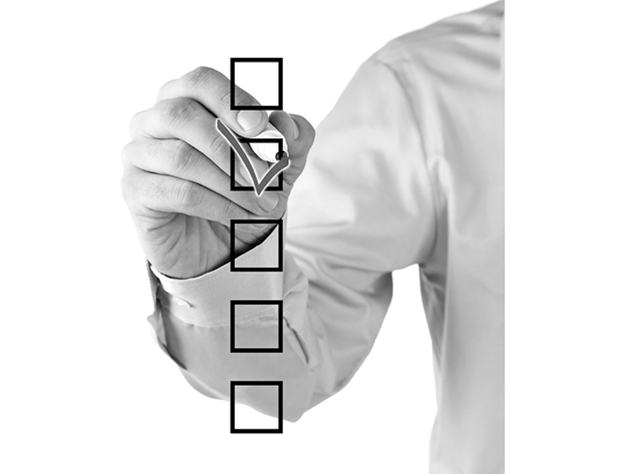