The Obama administration’s recent move opening up a vast area of the Atlantic Ocean to our south to oil and gas drilling comes at a curious time.

Right now there’s so much of the stuff being produced in the U.S. that the industry can’t find places to store it. Add to that the fact that gasoline is at the lowest price in years, and the initiative comes despite the impacts along the Gulf of Mexico, still being felt from the massive 2010 Deepwater Horizon oil spill.

It’s being advanced notwithstanding that solar and wind energy is clearly being shown to be a far cheaper and cleaner alternative to petroleum. And it comes even though extracting oil from off-shore wells is 10 times more expensive than on land and despite the Atlantic being a particularly treacherous place for drilling.

The administration’s plan to lease stretches of the Atlantic off Virginia, North Carolina, South Carolina and Georgia to the oil industry sends a distinct signal to us on Long Island: We can easily be next. For decades the oil industry has eyed the waters off our coastline for drilling. It’s only been stopped by Congressional moratoriums. A continuation of these is doubtful with the new Republican Congress packed with anti-environmental members.

I’ve written in this space before about how as a reporter for the daily Long Island Press, I broke the story in 1970 of the oil industry seeking to drill in the Atlantic. It began with a tip from a fisherman in Montauk who said he’d seen on the ocean the same sort of vessel as boats he’d observed searching for petroleum when he was a shrimper in the Gulf of Mexico.

I found out that a consortium of 32 oil companies was involved in the search off Long Island. I traveled for the story, including visiting the first drilling rig set up in the Atlantic off Nova Scotia. My research showed spills are frequent in offshore drilling.

And drilling in the Atlantic has been especially risky. As the President’s Council on Environmental Quality stated in one report, the Atlantic is a “hostile environment for oil and gas operations. Storm and seismic conditions may be more severe than in the North Sea or the Gulf of Mexico.” A major spill along the Atlantic coast “could devastate the areas affected.”

Last month, in the New York Times, former Maryland Governor Martin O’Malley (now seeking the Democratic nomination for president) called the Obama administration move “a big mistake.” The “BP Deepwater Horizon disaster should remind us that the benefits of drilling do not outweigh the threat to local economies, public health and the environment when an inevitable spill occurs,” Mr. O’Malley wrote.

He noted how the oil spill “devastated the Gulf of Mexico region — most likely costing $100 billion in lost economic activity and restoration expenses, disrupting or destroying hundreds of thousands of jobs and causing long-term damage to 1,000 miles of fragile wetlands and beaches.” And “experts estimate that only 5 per cent of the 4.2 million barrels of oil spilled in the gulf was removed during the cleanup; even today oil from the spill is still appearing.”

“There is simply no compelling economic or security reason to expose the communities of the Atlantic coast to the threats offshore drilling presents,” declared Mr. O’Malley. “Moreover, offshore drilling fails to promote what must be our country’s foremost energy policy objective — achieving long-term energy security, creating sustainable jobs, supporting the development of new energy technologies and fighting climate change.”

The U.S. is now awash in petroleum. There’s so much that the Associated Press began a story on the issue this month with: “The United States has so much crude that it is running out of places to put it.” The article went on about how the “extra crude is flowing into storage tanks … pushing U.S. supplies to their highest point in at least 80 years.”

It is clear that renewables will be an established and significant part of the future energy mix, in the region and globally.” Solar photovoltaic power and wind energy have “already a track record of successful deployment,” said the report, titled “Financing the Future of Energy.” It detailed the dramatic reductions in the cost of solar and wind energy “falling by 80 per cent in six years” and wind power by 40 percent.”

We should leave the oil in the Atlantic for future generations or for needed plastics made from petroleum, and not drill at enormous risks and with no good reason to gobble it up now. 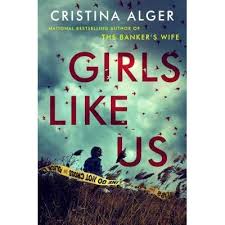 Historic Union Chapel in the Grove will honor Quinipet Camp and Retreat Center on Sunday, July 21 for Quinipet...