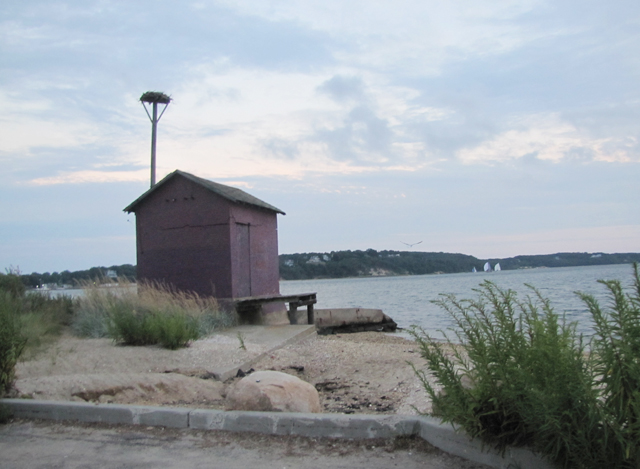 TIM GANNON PHOTO A view of the 5th Street Beach in Greenport looking toward the Heights.

The Greenport Village Board is expected to vote at its next meeting on a contract with Long Island Power Authority to allow LIPA to run an underground electric cable down Fifth Street, according to Mayor George Hubbard Jr.

The cable will run past a residential neighborhood, along with a public park and beach before running under the bay to Shelter Island, to improve the town’s power supply.

The cable will not provide power to Greenport Village, which has its own power company. The agreement would see LIPA — which owns the electric grid and contracts with PSEG Long Island to operate it — pay the village a $1.3 million access fee.

LIPA also would agree to resurface Fifth Street once the work is done, and would agree to reinforce the existing overhead and underground circuit running from LIPA’s Southold substation to a point just east of Chapel Lane. Officials say it would limit the duration of power shortages in the village.

The cable has been a source of controversy, particularly among Fifth and Sixth Street residents, many of whom have expressed frustration that Shelter Island Town has refused to build a power substation in its town, thus requiring LIPA to provide power to the island from elsewhere

The Village Board has allotted time at their meetings for residents to provide input on the cable.

But Mr. Hubbard said on Thursday that he believes it’s time for the board to vote. The next meeting is April 27.

Greenport planning for post-pandemic life, which could include pedestrian-friendly streets

Getting closer to reopening the local economy, business owners and local officials alike are starting to plan for how...

Shelter Island has its first case of COVID-19 coronavirus

UPDATE: The Reporter has received a press release from Detective Sergeant Jack Thilberg: “Today, 03/19/2020 at approximately 4:00PM, the...